Diary of the Dumb American Tourist 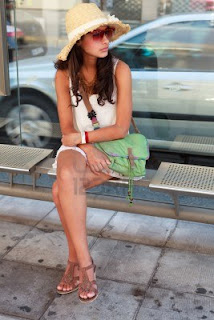 Diary of the Dumb American Tourist
Entry one: Rome, Italy and the beautiful woman with the rich cherry red smile.
By: James Allen McDonnell

Mr. Jules, as I called him; was the first person who I’d met in Italy. He really knew just how to get a naïve tourist such as myself into a whole--lot--of--trouble.
“Or perhaps Mr. Jules just figured it was just customary to send foreigners on one big detour upon our own expense,” I thought to myself hours later when I ended up at a pigmy goat farm, Instead of the Monzulli Museum of Roman history, in which I asked the kind gentleman directions to an hour before.
"Well--at that point, I still liked the guy. However; it must have been my converse tennis shoes or faded levi’s that was a dead give-away.”
“Dumb Americano," I can still hear him saying in my head, as he tosses back a few more long islands. 24’s is where I met him; the nearest bar I found once I got off the airplane. I needed a stiff drink after the jetlag.
Now, let’s fast forward an hour. I am currently on a bus, headed to as I mentioned before: The Monzulli Museum of Roman history. Why? Well the guy by the name of Mr. Jules who was the first native Italian I met here in Rome said it was a landmark here; a real must see. Funny I never heard of the place before. That’s after all, what intrigued me.
The bus ride isn’t bad at first. A beautiful dark complected woman with a rich cherry red smile comes onto the bus at our first stop. Piccalo street. I peek my head out the window as she enters the bus and catch a whiff of a robust spaghetti sauce, coming from what looks like Nello’s Fine Italian bakery adjacent the bus; across the street.
“Wow, that smells good,” I think to myself.
However, I am intrigued by the streetwalkers I just notice; Three females. They look like they want to party.
“Wait--a--minute...there’s something familiar about them,” I quickly ascertain these street walkers are in fact; hookers.
Ok...back to the beautiful dark complected woman with the rich cherry red smile. Once, she enters the bus, She stands just above me; quite close in fact. The bus is tumbling along the bumpy road to the Monzulli Museum of Roman history and her and I almost meet lip to lip as the bus just apparently just hit a big pot hole in the road. She stumbles, falls, and lands right onto my lap. She winks and I back to her. I begin to feel strangely energized by our encounter but that feeling is soon overtaken by fear, however, when I notice when we hit the pot-hole, we are but mere feet from the edge of a bluff. I know when I see a sign that says, “Di'Admondo Bluff.”
A lady, I’d figure in her mid-50’s is watching me the whole time. "She’s from around here," I muffle to myself.
﻿
"I am wearing blue-jeans. Of course I am an American. They know this. I mean we have no sense of adventure when it comes to fashion. Everyone on the bus besides me is wearing colorful clothing, nothing short of red’s and yellows."
Kaboom! -  The bus hits another pot hole.
“What the hell is going on? I chaff.
“Bageento, Monna akeeta,” Some guy inadvertently yells.
“Oh my, she’s back in my lap again.”
"Hi," I say, Keenly checking my breath to make sure it doesn’t smell.

“First impressions, man.”
She says something back in broken English. “Ok, sir, you good too.” Her breath hits me with the faint and sweet lingering smell of marijuana. This time my eyes continue to reel every single one of her body movements in. She’s not only beautiful but I can feel a strange chemistry forming between us.
"I’m single. I’m here to have a good time. Maybe she is too."
My mind goes back to the smell of marijuana on her breath.
“Again… I’m on vacation. I should find out if she has some and wants to share.”
I begin to think this occurrence might be fate. It suddenly begins to get hot on the bus, probably from everyone’s apparent nervousness from our crazy bus driver. He isn’t but 19 years old I figure.
"He’s been as cool as a cucumber (Forget the clique) even though we just about went over the bluff,” I think to myself.
So I go back to checking out the dark complected woman with the rich cherry red smile.
“Hmm. Jeans vest. Nice busts underneath. Better yet, now she’s now taking the jeans jacket off.”
Underneath she’s wearing skinny white spaghetti shirt. Around her neck, I see a medallion of St. Marta yet partially I can make out a tattoo of some kind; looks like a horse underneath her hair against her neck.
“Ok, she’s religious, yet she sports a tattoo on her neck.”
In slow motion, she stretches her arm outwards and hangs it over the pulls bars on the bus and I get a surprise. She has hairy armpits. I never realized that the women in Italy never shaved. Surprisingly, her lack of grooming doesn’t detour me away from wanting to get to know her better.
The bus suddenly stops; a few people get off including the dark complected woman with the rich cherry red smile. I decide to get off the bus to follow her.
I haven’t paid attention but I am in the middle of the country side now. I notice a few small farm houses off the side. I smell manure in the air. The bus takes off and I impulsively call out to the woman, “Hey.” She doesn’t respond, just keeps moving forward.
I jog up to her. She looks over, smiles and immediately grabs my hand, placing it in hers. I gesture to her, about the marijuana, motioning taking a toke. She gets it. She pulls out a small baggy with a few buds.
“Not far,” She says to me.

I think to myself, “Good thing---this back-pack with all my stuff is beginning to feel heavy.”
We come up to a barn. Just around the corner a slew of pigmy goats penned up flimsy  barbed-wire fence present itself. There is a small house off to the side. I hear someone call out, “Mordrana!”
She takes me into the barn. She say’s to me softly, “Here you wait,” then taps me gently on top of my zipper.  I take off my back-pack, get comfortable in the multiple shreds of hay that lay on the floor, then she exits out of the barn.
“Oh, I cant wait to tell my friends back home of this experience.” I say to myself.
A minute later, I hear her come back in. I am partially undressed, in anticipation to make love to Mordrana. I envision every climatic moment we’ll spend rolling around in the hay.
It’s still dark. “Mordrana?” I call out to her.
Instead of a female’s voice coming to greet me, I hear a few angry males say, “Inanamoto.”
I go to grab my back pack with everything I own inside; it’s not there. I scramble around quickly and frantically and then the last thing I remember is a club over my head. I then softly fell asleep.
I woke back in a smelly garbage dumpster, just behind 24’s; the nearest bar I found once I got off the airplane where I met him the famous Mr. Jules.
As you have noticed, this is the 3rd time I make reference to him being famous. Well, being the dumb American tourist I apparently am, as I staggered back to my feet and meandered past the window of the 24’s, I see the dark complected woman with the rich cherry red smile laughing it up with Mr. Jules. It seems this wasn’t the first time; they pulled off this caper together. Just as they saw me, peering through the glass, they were gone.

Posted by James A McDonnell at 4:25 PM No comments: 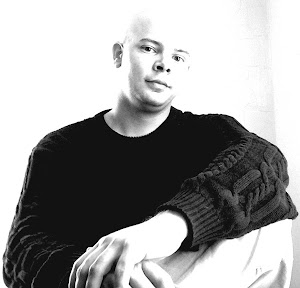 James A McDonnell
Sarasota, Florida, United States
James Allen McDonnell from Sarasota, Fl. is a debut author and the Chief Editor of the Purple Nook. He studied English and Literature at WCCC and is currently enrolled at SCTI for creative writing. James attends local writers groups and enjoys being a visiting story-teller at children’s reading day at the park. He is currently affiliated with Well Fed Writer Workshops, Writers Digest University and Music Wire Magazine. He can be contacted at www.jamesamcdonnell.com.

Add me to Google+